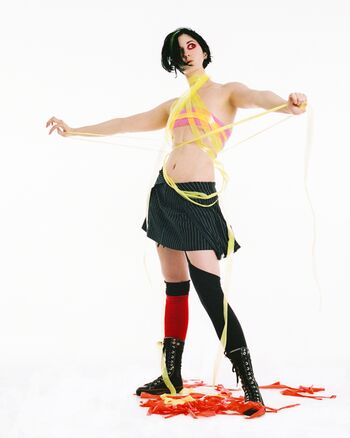 Molded Plastic is a song recorded in 2001 by The Epoxies. Its lyrics are narrated from the perspective of a female android as she seduces and taunts someone. The song can be found on the band's 2002 self-titled debut album.

The video is animated. It doesn't depict any fembots.